When talking about good shoes, Allen Edmonds and Ferragamo are not to be left out.

Although the two brands are unarguably on the top list in the footwear-making industry, there is a major difference between them.

If you love your shoes with a sort of cap-toe, nice supple but taut leather, very flexible, and with nice laces for better grip on your feet, then Allen Edmonds shoes are what you seek.

Ferragamo, on the other hand, is the perfect footwear to choose when you want a lot of compliments from people on the streets or at a party.

Many times, people think they are Gucci because they look nice, soft, and seem easier to put on, without laces.

Which is better between Allen Edmonds and Ferragamo

Research has shown that over 70 percent of the time, the Allen Edmonds shoes are better than Ferragamo shoes.

Even as Allen Edmonds shoes are cheap compared to Ferragamos, it is eventually realized that they are worth every penny of the price.

Many men have admitted to preferring Allen Edmonds footwear to those of Ferragamo!

Why are Allen Edmonds shoes better? 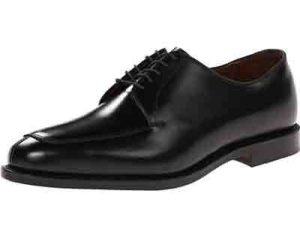 Allen Edmonds shoes would be better described as the more rugged of the two – with more durable leather soles.

In the States, Allen Edmonds shoes are the upper echelon of men’s footwear. You get an Allen Edmonds, and you’re guaranteed it would last for many generations.

Ferragamo shoes definitely look good to the eye but are not as durable as Allen Edmonds.

The more good news about the Allen Edmonds shoes is that should one have a bad sole, it could easily be replaced with another leather sole and Tada!.., it’s as good as new!

They are available in all major shoe stores

Allen Edmonds shoes are found in almost every footwear store you visit, unlike the Ferragamo shoes which are nearly only found in special Ferragamo luxury stores!

Allen Edmonds shoes are made of taut leather, do not easily scratch, are more durable against harsh weathers like the rainy season or during the snows.

Unlike the Ferragamo shoes, the Allen Edmonds shoes are more of the working man’s shoes; perfect for long walks and the hurrying pace.

The Allen shoes could last for 10 to 20 years if you just recondition and replace the old leather soles.

The Ferragamo shoes are way softer, a lot more supple, definitely scratches a lot faster and can get ripped or torn easier if you do not take extreme care of them.

You can’t go wrong with a pair of Allen shoes, as they never go out of style and are always classy.

Ferragamo shoes have no padding in them, weaker bondings with little stitches, so different from the Allen shoes which are impeccably stitched from the inside.

Although they are your best bet for receiving admiration, Ferragamo shoes cannot withstand strenuous daily activities. They would most likely get damaged that way.

Ferragamo shoes should be reserved for only simple outings to increase longevity.

What are the similarities between Allen Edmonds and Ferragamo

There are notable similarities between Allen Edmonds shoes and the Ferragamo shoes.

Both shoes are comfortables shoes

The two brands make footwears that are always comfortable and feel good on the feet! They have a way of “melting into your skin” so effortlessly, aiding free movement.

They can be worn as casual and/or as business shoes

They both look professional and great for almost any occasion, always giving their owners a great sense of confidence and smartness.

These two suit almost any type of male outfit for any occasion.

Not to forget that both brands of footwear produce varieties of shoe colors.

It is no big deal to see black, brown, white, red, blue, and blue colors of Ferragamo shoes.

Allen Edmonds isn’t left out – in a footwear store, you would always find many colors of Allen Edmonds shoes to choose from!

They are available in major stories

Another interesting similarity is that no matter where you live, on any continent in the world, you would always find these two brands of footwear.

From newborn kids to schoolchildren to teenagers to full-grown adults, there would always be a corresponding size of Allen Edmonds or Ferragamo shoes for you!

Also, Ferragamo isn’t the only brand that produces suede shoes, Allen Edmonds suede sneakers have been wonderful so far!

Differences between Allen Edmonds and Ferragamo

Yes, there are many notable differences between Allen Edmonds footwear and Ferragamos.

Due to the slimmer cap-toe structure of the tip of Allen Edmonds shoes, it sometimes may be difficult finding footwear that is just fine for your toes to fit in.

Some customers have complained of ordering Allen Edmonds shoes which turned out to be too tight at the toes side.

Many others have no problem as regards that – they confess that the sort of pointed cap-toe side fitted them just fine.

In the end, it all boils down to the geometry of your foot.

Unlike the Allen Edmonds shoes, the Ferragamo shoes get rosy in this aspect. The cap toe of many Ferragamo shoes is accommodating and roomy enough for almost any type of foot.

Considering the fact that Allen Edmonds shoes have laces, they provide better and firmer grips on the feet of their owners. On the other hand, Ferragamo shoes are simply made without laces and few have any sort of adjustments for the grip of their owners’ feet.

This makes Allen Edmonds more perfect for long-distance walks and more strenuous trips. Ferragamo shoes are more like slip-ons, they can easily pull off your feet in the course of long treks or as time goes by.

Talking about the padding and construction of Allen Edmonds shoes, they deserve so much commendation.

Allen Edmonds have their shoes padded and stitched and joined so well at appropriate points where necessary.

The Ferragamo brand makes more use of glue and little stitches to do the bondings on their footwear. The aim is to make their footwear more refined and relatively cooler!

Durability and ruggedness! Now, this is one major difference between the Ferragamo and Allen Edmonds footwear.

As pointed out earlier, Ferragamo is definitely not the type of shoe you should wear for heinous tasks which have a level of vigorousness above average.

If you’re the kind of guy who has to stand and move and bend and squat as part of his job, just acknowledge the fact that Ferragamo isn’t for you, Allen Edmonds shoes are the best!

Well, sure, you could always have them on during non-work days.

As pointed out above, the two brands make very different shoes. With Allen Edmonds, you’re going to get more solid construction with Ferragamo, you get sleeker styling.

Allen Edmonds shoes have soles made of tough leather which makes it nearly impossible to have them attached to the base of shoes with just glue.

Hence, little nails are used to fasten the tough leather to the shoes. Better still, they are stitched with nice seams to the shoes.

You also have the Ferragamos which make do with rubber soles. With these rubber soles, it is easier to be fixed to the base of their shoes with just glue.

The glue should most likely never work on Allen Edmonds shoes with leather soles due to the lesser weight of leather compared to rubber.

Average-cost Allen Edmonds should cost just a little over a hundred US dollars ($100). There are also expensive Allen Edmonds of about $400 and above, though!

As for Ferragamo, they have a relatively high price – this shouldn’t be strange as they are a designer brand. Well, you can get an average-cost Ferragamo for $600 and above!

There is a glaring difference in the price of both footwear.

Why you should have Allen Edmonds in your closet

Everyone loves to economize funds and prefers getting stuff that would last for a century.

Allen Edmonds is not only cheaper, but they also seem immortal.

An old man once passed on his Allen Edmonds shoes to his grandson. No qualms, the young guy only had to replace the worn-out soles and once again, the shoes were as good as new!

Now that’s what we call IMMORTAL!

Laces make you feel in control

You would always want footwear with a perfect grip on your feet that would not go slipping off while you hurry about your day’s work.

With laces for adjusting the level of grip the shoes have on your feet, you are sure to feel in control!

When it’s all snowy and there’s so much salt on the way, you need not worry if you are on a pair of Allen Edmonds.

Undoubtedly, considering the high quality of their top-notch leather, Allen Edmonds would always withstand the wettest rainy seasons and the sunniest days!

Just give it a good polish, make it shine. Your Allen Edmonds is good to go!

You don’t have to worry about being wrong

Allen Edmonds would never go out of style – not in this generation nor In the next to come!

With a pair or two of Allen Edmonds, don’t worry about being in line with the trend because you would always be!

Ruggedness, beauty, and affordability combined in one brand is the real trend!

Why you should have Ferragamo in your closet 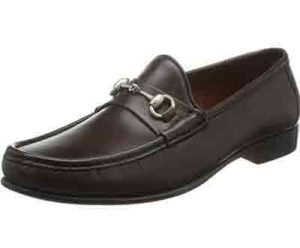 Get the most attention at that party

Ferragamo is cool, with a high reputation as that of Gucci. Heads are more likely to turn as you pass, on a pair of the latest Ferragamo!

Get the best of compliments on every outing

It is one thing to admire and give attention to what you like, and yet another thing to offer a compliment. Who wouldn’t want to say nice words to you when you’re on a pair of Ferragamo?

No one. Not even that your mean stepmother!

Step into that gathering with an air of confidence

You would always love the way your feet look on Ferragamo, and you would also be so sure others would admire your feet the very second they see them.

Offering so much comfort to your feet, Ferragamo is surely footwear every guy should try out.

Flow with the trend

Ferragamo is really on the list of the most ordered shoes right now. Obviously, the name Ferragamo is now a designer brand.