Unfortunately, Nike Air Maxes are not non-slip shoes. Apart from the fact that it is not stated on the box or in the title of the shoe, wearing air maxes for activities that require great slip resistance could result in an unexpected awful flop. 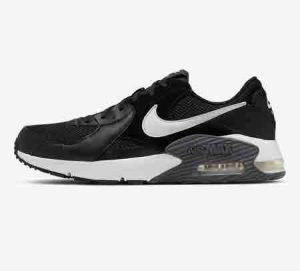 Of course, there are many reviews on the good traction, and I can testify to that, too. But traction isn’t among the primary factors that determine a non-slip shoe.

Well, if you still insist on wearing Air maxes to work, you’ll have to always tread with caution. In some workplaces, managements are really selective in allowing shoes that are tagged non-slip, and sadly, Air maxes aren’t usually among considerable options.

Why is Air Max not non-slip is a reasonable question to ask if you are considering using them for work or other activities. If you are a good observer of shoes, the answer is palpable.

First and foremost, slip-resistant shoes are ones that are designed with safety in mind, primarily, as it prevents wearers from slipping and falling whenever they walk on surfaces or platforms that are wet, oily, or slippery.

The distinctive feature of non-slip shoes, contrary to traditional ones, can be seen in the type of rubber sole used.

It is a type that offers maximum grip and traction, and that is why it is usually highly recommended for workers, especially those in the healthcare and restaurants line.

With this understanding, and placing it side-by-side with the features offered by Air maxes, the reason why they aren’t proper non-slip shoes is clearly established:

By the way, the smaller the tread pattern underneath the shoe, the better the slip resistance will be.

No hard feelings towards the Air maxes and its teeming fans. It’s a great shoe. But to think that it is 100% non-slip is far-fetched.

Meanwhile, if you’ve got any shoes, or you are shopping online for non-slip shoes, the process can be tricky.

But when you use the above three criteria, it helps in knowing what to look for and to make the right choice. (more on this later).

What Nike shoes are considered non-slip shoes then?

When it comes to making shoes for sports and leisure, Nike is undoubtedly one of those brands at the forefront.

Unfortunately, they do not manufacture shoes that are well suited for working in places like industry, restaurants, or hospitals because they focus more on high-quality design and aesthetics for sports.

Although traction is needed in shoes for work, Nike integrates that in their shoes but they do not highlight this feature as non-slip.

Nevertheless, if you are a die-hard Nike fan, it might interest you to know that there are just a few Nike shoes out there with exceptional traction and good grip to the surface which equals an ideal non-slip shoe.

From reviews from workers who wear Nike on a daily basis to their workplace, here are the top 5 Nike shoes that can be ideally considered as non-slip:

Safety was the area of focus that sprouted the production of the Nike air force collection.

Made of leather and built with a Rubber sole, Nike men’s air force features a lightweight and super comfortable design.

While they offer competitive foot protection, they have been designed with a breathable Upper.

Most importantly, as long as non-slip is a concern, these collections have been equipped with great traction and wear-resistant sole.

The only issue I have is that they can be a little too big and probably cost more than other types of Nike shoes out there.

With an appealing Slip-on design, this Nike features an Elastic Cuff that ensures a very convenient put-on and takes off.

But what makes it best as a non-slip shoe is a durable rubber sole for traction along with a reliable tread pattern. The shoe is also Light and Comfortable as it features a lateral strap that offers more stability.

It is quite sad that there is only a limited selection on this one. Not so much choice to pick from

This one was named after the word Tanjun which means “simplicity,” in Japanese.

The modern design and durable leather it is built with were put there so that it could meet industrial and occupational demands.

I’m confident of its Non-slip feature due to the reliable Rubber sole and closely designed treat pattern.

Apart from this, the footwear features a Lace-up closure for a secure fit as well as a cushioned footbed and foam injected midsole for added comfort.

Roshe one, like a running shoe, has been designed with a solid rubber outsole that has a training-specific traction pattern. This is to ensure excellent multi-surface grip, regardless of the surface.

Despite this, it is lightweight and is considered a high-quality safety work shoe that many people use in their places of work including industrial and construction, restaurants, and even warehouses.

I like that it has lock slip-resistant treads and is very easy to clean. The only flaw is that if you aren’t focused on regular cleaning, this shoe might end up smelling bad because of the lack of enough airflow.

There are other Nike options you can go for and be sure to get a reasonable non-slip performance like the Air Monarch IV Cross Trainer, Air Zoom Pegasus 35 Running Shoe, and even the Revolution 4 Running Shoe for women.

But above all these options, I’d still want to recommend the above four shoes first.

What classifies a shoe as non-slip?

Suppose you work in the hospital, food service, hospitality industry, warehouse, or any area that demands you spend prolonged hours on your feet and tread on, sometimes, slippery surfaces, you should know better than to ignore the importance of non-slip shoes as everyday footwear.

If you already have a favorite pair of shoe brand, it can be a little challenging to separate non-slip shoes from the standard ones, especially when it is not specified in their product description.

Luckily, as you must have learned so far from our discussion, there are certain features you can look out for to help you discern whether or not a shoe is non-slip.

But aside from these features, there are several aspects of non-slip shoes that significantly set a pair apart from the rest of the types of shoes.

In other words, ideal slip-resistant footwear, irrespective of the brand, purpose, or design, will typically feature:

This will ensure that water or liquids are not trapped underneath the shoe that could have led to slipping, trip, or fall.

EVA rubber outsole is actually a  synthetic, foam-like resin that is now used by many shoe manufacturers around the world today.

In some non-slip shoes, the pattern could be squiggles or circles but definitely on the bottom of the outsole. The idea behind this is to ensure there is friction that will further help the wearer to grip the floor.

And as I mentioned earlier, the slip resistance of a non-slip shoe is more effective when the pattern underneath the sole is smaller.

Water-and stain-resistant uppers that repel water from easily penetrating from your shoes into your feet causing wetness and odor.

Usually, shoes with this feature tend to dry quickly after being washed.

Non-slip shoes are about safety which covers not only prevention of falls but also to aid maximum comfort while you move about.

A cushioned midsole for maximum comfort

This is also like backing to other features of the shoe that will be guaranteeing comfort as well.

While this isn’t the number one area of focus, it is also worthy to note that an excellent non-slip shoe is expected to have an appealing appearance that will match any workplace dressing outfit and can even be worn casually to an occasion.

Other features that are expected to be featured in an idea non-slip shoe include padded collars and of course adequate toe boxes.

If you are a loyal fan of Nike shoes, it may be hard to accept that they don’t produce shoes that are exactly non-slip. Yes, their footwear is designed with great traction, but this is just one of the many factors that prove a shoe is non-slip.

If you have a collection of Air maxes and are hoping to wear them to your workplace or activities that involve walking upon different surfaces, just be ready to manage your footsteps.

To be on the confident side, do yourself a favor and get any of the recommended Nike shoes in the article above which can be, to a great extent, considered an ideal non-slip shoe.