You can never be too old to wear your favorite Converse sneakers. Unless, if maybe you have a change in fashion and style, there is no reason why you shouldn’t rock your popular Chuck Taylors Converse. 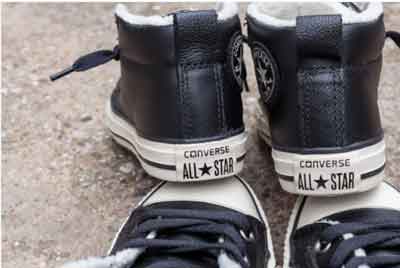 At 60, my father still wears his popular Converse, with his simple jeans and round neck. He never was interested in making a fashion statement or wearing bright-colored clothing with his sneakers and they go so well with his outfits.

The thing about footwear is anyone can wear it, but not everyone CAN REALLY WEAR it. You get the drift?

Can I wear Converse Sneakers as a 30-year old?

Sure, why not? At 30 years of age, Converse helps your gait and aids your feet so you can walk thousands of miles without feeling weak or tired. The only exception to this is if you have issues with your feet and toes.

Converse is a casual wear that provides comfort and convenience to its users. I love Converse a lot because of its amazing features that add a lot of class to my outlook whenever I wear them. From my experience, I do not think wearing Converse at 30 years of age would pose any threat.

Converse is a classical sports shoe that is timeless. It is to be worn as casual footwear and not corporate. Converse can be worn in a corporate setting ONLY when it is allowed in such an organization.

If you are working in a formal organization where you are mandated to look formal and corporate, Converse sneakers is definitely a bad choice for you because it would be of no use to you except on weekends or during your leave. This has nothing to do with an age limit.

Furthermore, your preference, taste, and choice of dressing/outfit have a lot to do with your choice of footwear. I love wearing casual outfits and this makes Converse suitable and appropriate for me. I am ready to wear Converse for as long as I can.

The age limit created in the minds of many is simply due to what they have decided personally. I believe that everyone has the choice to determine what to wear and how long to wear it. It is okay to wear Converse at whatever age you are.

Is there any age limit for wearing Converse Sneakers? 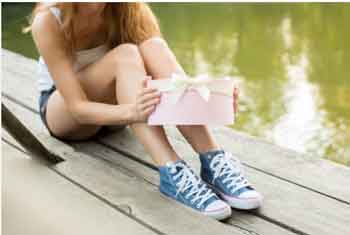 There is no age limit for wearing Converse sneakers. As we advance in age, we begin to experience some changes in the biological make-up of our body that may determine what we wear, etc.

At some certain age, our bones also get weaker and it might be difficult to wear certain footwear for a long period. This might be the limit for wearing Converse sneakers, and this is relative depending on our individual health status.

Converse are casual sports shoes that provide comfort and convenience. It is lightweight and loosely fit which makes it comfortable for you. It has a breathable feature that makes your feet cool. It also prevents your feet and toes from blisters or sores. There is no age limit when it comes to wearing Converse sneakers.

However, there are other factors that might determine if you should wear Converse sneakers or not which might include your choice of outfit, your workplace policy, and other important factors.

Popular Celebrities who have worn Converse Sneakers regardless of their age

This proves that Converse sneakers is a good choice of casual footwear and is made up of a good, quality, and durable material.

Most of these celebrities are way above 30 years of age that proves once more that there is no age limit for wearing Converse sneakers.

I would be listing out a few of the celebrities who wear Converse irrespective of their age.

“KAIA GERBER” has set herself as an icon in the fashion and entertainment industry. Her mum is a model while her father is a businessperson who showed tremendous support for their daughter.

Kaia Gerber won the “MODEL OF THE YEAR” prize at the Britain Fashion Awards. She is 19 years old. The picture above shows the amazing model rocking her Converse sneakers.

“DAVID ROBERT JOSEPH BECKHAM” popularly known as “DAVID BECKHAM” was born on May 2, 1985, and is an English former professional footballer.

Furthermore, he is currently the president and co-owner of a football club called inter-Miami. He also co-owns Salford City.

He played for several teams during his career and won many trophies, he played for his national team as well. The picture above also shows him as he rocks his Converse sneakers in style.

Wiz released his first official debut album in 2006 and signed into warner bros records in 2007. Over the years, he has garnered international recognition.

Over time, his amazing songs won him several awards. His songs also got him nominated for several international awards. He is currently 33 years of age.

The above picture shows him wearing a black and white Converse sneaker as he walks with so much gusto and energy.

If you have heard of “HANNAH MONTANA”, then the name “MILEY CYRUS” should be familiar because she played the lead role in that amazing Disney movie. Her birth name is “DESTINY HOPE CYRUS” but she later changed it to Miley due to the nickname given to her by her parent.

She is an American singer, songwriter, and actor. Her songs have attracted several international awards and recognition.

This picture shows MILEY CYRUS as she models with black Converse sneakers. She is 28 years of age.

Popularly known as the HIGHEST PAID FEMALE MUSICIAN IN THE WORLD, Rihanna is, without doubt, one of the most influential people in the world. Her songs have reached nooks and crannies of continents and gained a tremendous following.

She is an internationally recognized superstar and a model, which many others are following after. “ROBBY RIHANNA FENTY” popularly known as “RIHANNA” was born on February 20, 1988, in Saint Michael, Barbados.

She was discovered by an American record producer “EVAN ROGERS” which led to the beginning of a successful career in music. She is a Barbadian singer, actor, fashion designer, and businessperson. The picture above shows RIHANNA as she walks confidently in her Converse sneakers. She is 32 years old.

Ranked among the most popular comedians in the world, Kevin Hart is absolutely one of the best comedians of all time. I remember watching a movie titled “JUMANJI” and I could not stop laughing every time his scene comes up. Kevin Hart has done well for himself in the entertainment industry.

“KEVIN DARNELL HART” popularly known as “KEVIN HART” is an American stand-up comedian, producer, and actor who has appeared on several television shows and series. He got his first break in 2001 after he was chosen for a role in a movie.

From there, he began growing with great momentum. He was born in Pennsylvania on July 9, 1979. He once advertised for Converse sneakers and the picture above shows him flaunting his red Converse sneakers at a beach with fans admiring him from behind. He is 41 years of age.

“BEYONCÉ GISELLE KNOWLES-CARTER” popularly known as “BEYONCE” is an American singer, actor, and record producer. From childhood, she performed in several singing competitions.

However, in the late 1990s, she rose to fame by taking the lead singing role of the popular Destiny Child singing group. She has then gone on to win several awards and become a model for many other upcoming artists. She is 39 years old.

“CRISTIANO RONALDO DOS SANTOS AVEIR” popularly known as “CRISTIANO RONALDO or CR7” is a Portuguese professional footballer, model, and businessperson. He has played for many Top clubs in the English league, the Spanish “LA LIGA” league, and the popular Italian “SERIE A” league.

He is regarded as the best player in the world and the best player of all time as well. He has won five Ballon d’Or awards and several other awards. Furthermore, he has won 31 trophies to his name.

If you are a footballer or athlete and you feel Converse sneakers might not fit for you, CRISTIANO RONALDO is here to prove you wrong. The picture above shows him rocking Converse sneakers as he walks gallantly.

Sam and Cat remain one of my favorite television series of all time. Arianna Grande is an American singer and actress who has won several accolades and gained the attention of the entertainment industry. Her unique voice has also distinguished her among several other artists of her time.

Arianna began her career at 15 years and has gone on to win several awards for her outstanding performances so far.

“ANGELINA JOLIE” was born on June 5, 1975, in Los Angeles, California. She is an American Actress, filmmaker, and humanitarian. She has featured in many amazing movies that earned her international recognition all over the world.

She was once referred to as “THE MOST BEAUTIFUL ACTRESS IN THE WORLD” around the early 2000’s. She has won numerous awards and accolades to her name. Apart from her acting career, ANGELINA JOLIE is a humanitarian who has given out herself to helping people and making the world a better place.

She is 45 years old and the picture above shows this beautiful actress walking confidently in her black and white Converse sneakers.

From all the celebrities we have seen, it is clear enough that Converse sneakers are for all genders and you do not have to stop wearing them at age 30.

How long should Converse Sneakers last?

Converse sneakers are very durable. They may look extremely fragile when you look at them, but they are very resilient and can withstand even the harshest of pressures. On an approximate scale, Converse sneakers should last for 12 months with persistent use.

The quality of your footwear depends on how you use and maintain them. Every footwear would be subject to wear and tear at some point in time after consistent use. Converse sneakers can rip, but they do not just rip easily and quickly. They are extremely durable footwear that might appear fragile and fashionable but are strong and sturdy.

Is Converse Worth it?

If you are looking for footwear that can keep your feet relaxed, convenient, durable, and affordable, then, Converse sneakers is my suggestion for you.