The answer is Yes. You can, in fact, wear Palace even though you do not skateboard. I have always been a huge fan of the Palace, and they do great as a fashion and street style brand.

It is quite annoying to see some people label one as a poser for wearing Palace when they do not skate, but the reality is that no matter what you eventually choose to wear, you will be labeled something.

Moreover, there are few original Palace styles out there that you can try on even though you do not skateboard which we shall look into later on. 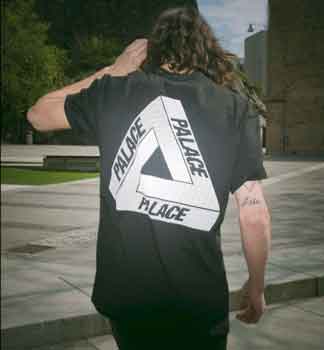 You can have a different collection of Palace without every skating or having an interest in skating. Some people who began to wear skateboarding clothes brand eventually got into skating, so it will not be a surprise if you convert overtime too.

Those who do not skate but wear Palace might get called a poser, but to be real, who actually cares what other people think? Acknowledge that the brand is a skater culture.

You might get called a poser but who actually cares what other people think at this point? Palace being and should be acknowledged as a skater culture, the point remains that you can wear what you want…

After all, Palace doesn’t pay its bills from skaters patronage only

So now that you know you can wear Palace even though you don’t skate, the next thing to look at, as mentioned earlier is how you can style your Palace for fashion which we shall dive into right away.

How can you wear your Palace for fashion?

To begin with, if you can not skate and you admire wearing Palace, then opt for wearing pieces that are a natural fit for you.

The following fashion styles are ways you can rock your Palace as someone who is not into skating.

Rock your Palace Hoodies with a smart trouser 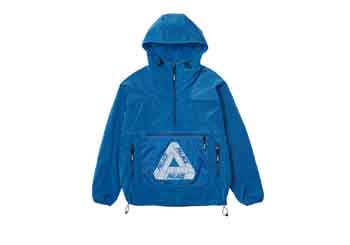 Hoodies are staples among skaters, and even if you do not skate, it is a trend you can hop on.

You don’t have to know Jake Ilardi, or how he does his thing before wearing very attractive Palace sweatshirts.

You can wear the hoodie on smart trousers and sneakers, especially if you have little or no interest in skating, it pretty much helps in achieving a more balanced aesthetic by mixing skate pieces.

Palace Skate Shoes with trousers and a jacket

Being that Vans is significantly the first brand to design a shoe specifically for skateboarding, some people think they are streamlined and designed only for skateboarders.

While they are actually designed for skateboarding, many of its design are now worn by those who don’t even have a skateboard. Same as the Palace.

Most of its designs have stood the test of time, they hit the current trend for retro sneakers and can be styled for non-skaters.

Serious skateboarders actually go for pro models of Palace skate shoes that are designed with grippy flat soles and designed to last longer than most shoes.

There are various pairs of regular Palace shoes that you can wear, with a cropped trousers and a jacket. There are of course a lot of Palace shoes out there and not all of them are great for skateboarding.

Logo T-shirts with any warm outfit is a win too 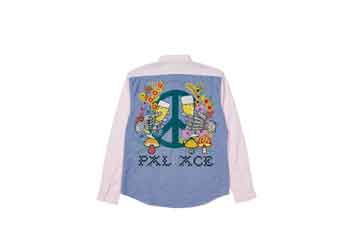 Wearing Palace T-shirts is pretty simple and can go with any warm outfit. You will see no need to experiment with all the clothes you have on your wardrobe before smiling at what you wear.

And for the record, there are now elements of the street into every seasonal collection that makes it easy to hop on the trend even without being a skateboarder. The Palace logo T-shirts can be worn with dark blue jeans and sneakers to match. 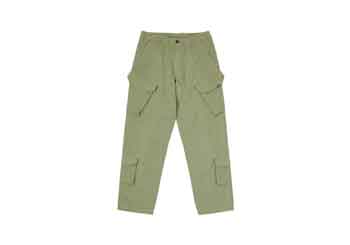 For actual skaters, they do not go for skinny jeans when they spend half of the day squatting, this is why you will find most Palace trousers robust and stain-resistant.

If you like skinny jeans, well, no hard feelings being that you are not a skater. However, any hot collection drop of the Palace has the same look below: straight legs with hems cuffed a few inches above the ankle.

Now that’s what you would want to wear with a robust hoodie.

Palace skateboards are pretty good, I can tell because I have used this Palace Brady Pro S25 Skateboard Deck almost every weekend, and it lasted me for 8 months thereabouts. That was back in 2019, has a good shape and in my opinion, it had a real good concave for street skating.

When you are choosing a skateboard to buy, you want to make sure you are considering the deck size, the wheels (they are generally small), the grip is also crucial. Factors like graphics should be your last consideration.

Is Palace owned by Adidas?

Palace actually has worked in collaboration with Reebok, a number of times, of which Adidas is the umbrella company. Sneaker freaks will remember the collaborative partnership that dates back to 2005. As at April 2020, the new ZX 6000 colorways were released.

Why is Palace clothing so expensive?

One thing I envy about the Palace, indistinct to other skateboard brands is that they really do not advertise. Not that they are numb to marketing strategies, they genuinely don’t care.

Why won’t there be a rush for their products and clothes with the subsequent hike in price when they can boast of the super good boards and clothes that they sell?

Who is the owner of Palace skateboards?

London’s most prominent and buzzed-about skate company, Palace is owned and founded by Lev Tanju. I have read articles that reveal that Tanjus’s original intention was not about Palace’s transcending into the skating community, but today the company has become a street culture brand, an exciting one at that.

What concave are Palace boards?

First of all, the longitudinal curvature of the deck is what we refer to as the board concave, in other words, the higher the curvature, the more pressure you will be able to put on the edges of your deck. This is ideal because it allows you to improve the steering and flip your board more easily.

That said, concave Palace boards are pretty great. It has a flat-ish concave and a nice variety of shapes. This connects to dressing in the Palace attire because only when will real special things happen while squatting.

The traction towards the brand in past seasons has seen the brand grow much bigger. They produce really quality skateboards, and their clothing appears to be quite expensive.

When it comes to fashion and style, the Palace brand is remarkably recognized as a skateboard brand that has broken the rules.

When it comes to what skateboarders wear, their fashion, and there, we are often told that there are rules and regulations. With a lot of catchy and for-all Palace clothes, the brand has seen more patronage from even non-skaters.

And this makes one begin to reason why people are called posers for wearing skateboarders stuff because they are not actual skaters. In other industries, like basketball, will a basketball player get outraged that the wearer of a jersey is not an NBA player?

A fair number of skaters are guilty of picking up a fight on someone for wearing apparel. And that is seemingly absurd.

Bottom line, you can wear what you want, and if you are out of fashion style on how to rock your Palace clothes, I hope this article has helped.