Being tagged a goody two shoes isn’t expressly an insult. However, the term is used negatively to describe a good person.

It only depends on how you take it to be; either to be an insult or a compliment because humans differ in characters, and as well have different and unique ways of reacting to different situations.

While an individual may flare up or feel emotionally down and feel dejected (sad) when they are called a ‘goody-two-shoes’. Some other persons may count it all joy, taking it as good feedback about their character(s), and thus, appreciate it.

See the difference? So, I’d say being referred to as a goody-two-shoes isn’t clearly an insult; it only depends on your interpretation of the phrase. 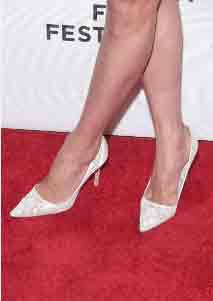 What does it mean when someone calls you Goody two shoes?

In many different cases, the concerned individual isn’t out to impress people, but their “goodness” is often misinterpreted to be an ambitious display or a vain show; a display intended to excite admiration or applause by people around.

The phrase is also used to refer to persons who refuse to defy rules and norms at every given time such that it begins to irritate those around them. You know, the person acts as though they were perfect.

Simply put, the individual being tagged a ‘goody two shoes’ is perceived to be an ostentatiously virtuous or well-behaved person; one who is trying very hard to do good works such that it becomes really annoying to the people around them.

So, when you are called a goody two shoes, you know what it means. Right?

A typical example of a ‘goody two shoes’ is Jason; a coursemate I had in my sophomore year at the University. Jason usually sat on the front row in class. In fact, he had a particular seat tied to his name, meaning no one else sits on his seat.

Jason not only maintained his seat on the front row, he usually waved his hand to answer every single question that was asked in class. And to think of it, he was the one who usually had a question to ask or a contribution to make after the Lecturer is done addressing the class.

So, all our Lecturers knew him. This single act soon started to irritate everyone in the class. It seemed to be a vain show!

While Jason may have done all of these out of sheer innocence, he was perceived to be one who was trying really hard to impress our Lecturers and get their attention drawn towards him.

We felt he wanted to leave the impression that he was a good student, and others were not – this made us uncomfortable; hence, he was tagged a ‘goody two shoes’ by all.

It is probable that Jason never knew we read all of these meanings to the things he did, although he was confronted by some of us; permit me to say, the ‘thugs’ in the class. You, know, no class is without its thugs… Lol.

Remember the word I used earlier – ‘innocence’. In our group of friends, some of us can’t shake off the tendency of being the well-behaved one, or to be more direct, the goody two shoes friend.

Even when we get teased for trying to do the right thing always, we can’t help but stick to the rules and worry when our friends do not. Here are some real-life situations that depict you as the do-gooder in your group of friends. Can you identify with them?

Which of these can you relate with? Let me know in the comments! Interestingly enough, all of these traits are not peculiar to teenagers or young adults.

It may interest you to know that some persons, no matter how old they get, still remain the do-gooder of their group of friends.

Is being a goody two shoes bad? 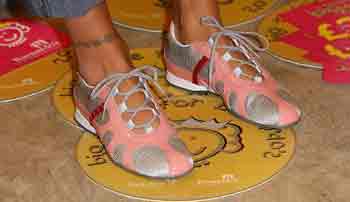 For me, being a goody two shoes isn’t at all bad. As a matter of fact, it continuously reminds me of how good I am in character, and how great I stand out amongst my group of friends. Why not?

Oh! I didn’t share another experience that ensued between two Course mates before my very own eyes in College. Guess who it was again? Jason!

This time around it was in the exam hall, and one of his supposed close friends (a coursemate as well) beckoned on him for assistance regarding one of the questions we were asked to answer.

Jason clearly refused to assist his friend and coursemate, stating that it was against his faith. In fact, he was seen smiling when turning down his friend.

Did I hear you say he’s a fanatic? You can say that again! To bring this conversation home, and to relate it with our subject of discussion, you’ll agree with me at this point, without any reservations, and according to the real-life examples I shared earlier, that Jason is undoubtedly a goody two shoes.

Now, is it bad to be a ‘goody two shoes’? From Jason’s story, it’s a big NO! What if the examiner had caught him helping his friend in the exam hall?

You know, it could have cost Jason as well as his friend an expulsion on the grounds of Examination Malpractice, or more leniently, an extended year in College.

There’s nothing wrong in being a ‘goody two shoes’. It actually becomes a slippery slope when you always make efforts to fit in and do things so that your friends perceive you as cool or badass.

If they do not perceive you as cool in spite of your “goodness”, then you should tell them they have a bad olfactory! I mean, if you succumb to their wishes, that’s when stupid things happen – like it would have been in Jason’s case if he was caught.

So, you now know what the answer is! Yeah? Is being a ‘goody two shoes’ bad? Winks.

What do you say when someone calls you a goody two shoes?

When you’re being tagged a goody two shoes, what is the best way to respond? Well, you do not necessarily have to give verbal responses often, just keep being you.

If you’re however bent on what to say when you’re tagged as one, simply own it and tell them;

“Yes, I’m proudly a goody two shoes. I’m proud to be the very good friend, polite, honest, dependable, and trustworthy” – Just be you, and do not try to please all and sundry.

Do not give in to what they want. In fact, be the best version of ‘goody two shoes’ that ever existed. You ain’t out to impress no one!

I feel that those who get bothered when they are called ‘goody two shoes’ are those who are experiencing identity crises and other insecurity issues.

For a fact, the phrase is often used to peer pressure others into doing what they’ll otherwise not do – something harmful in most cases.

This is because they do not want to do those things alone, and having someone to do such things alongside feels good.

This is not to say that you shouldn’t catch the fun you want to. Just ensure you’re not doing what you’re doing to please anyone.

What is the opposite of goody two shoes?

If you’re not a ‘goody two shoes’, then you are perhaps impious, loathsome, louche, libertine, atrocious, atheist, appalling, x-rated, or even a wild child, all of which are antonyms of the phrase ‘goody two shoes’.

Do you happen to be any of these?  Then you should watch it!

I hope that this article was a fun read and of course, educative. Reading through this piece, you’ll agree with me that being a ‘goody two shoes’ pays off. It shows that you’re not lax, as moral laxity appears to be the order of the day in our contemporary world.

Are you like me who does not care what people think of me? Be yourself – it’s just as simple!

Are you a goody two shoes? What personal experiences do you have with persons who are ‘goody two shoes’? How well were you able to relate with them?

I’d like to get answers to all of these questions in the comments section below as they will help in shaping my thoughts as well as broadening my knowledge about the subject matter.

The comments box is open; share your thoughts with me. I’d be awaiting your feedback.